A new decision by the Administrative Appeals Tribunal (AAT) has found that there is a timeframe in which that the National Disability Insurance Agency must complete internal reviews.

If the NDIA does not complete an internal review within this timeframe, persons directly affected can proceed directly to the AAT for independent review.

This short paper will look at the review process under the National Disability Insurance Scheme. It will comment on the delays and the complaint process. This paper will also detail a new decision by the Administrative Appeals Tribunal (AAT) which significantly increases the AAT’s jurisdiction and provides a new mechanism for redress when the NDIA fails to complete a review within a “reasonably practicable” time.

The National Disability Insurance Scheme Act 2013 (Cth) provides for review of various decisions known as “reviewable decisions”. Most reviews concern access to the NDIS or the level of funding a participant receives.

Once an internal review has been completed, if the person affected is still unhappy with the NDIA’s decision, they can then request an independent review through the Administrative Appeals Tribunal (AAT).

Up until recently, this meant that review through the AAT was not possible until an internal review had been completed, irrespective of how long this might take.

These delays have caused serious anguish for many participants and their families, who are often unable to find out when their review will be completed. There are a number of obvious problems with this, not the least of which is the confusion this creates amongst families as to how to budget funding while an internal review is occurring. Additionally, participants may be missing out on crucial supports for extended periods of time. This is of particular concern for the early childhood early intervention cohort. Finally, in many situations, the participant’s plan has ended before the review has reached the AAT, such that a meaningful review of the original plan cannot occur.

Persons affected by these delays can complain directly to the NDIA who will attempt to resolve complaints within 21 days.[3] If this does not resolve the problem, a complaint can then be lodged with the Commonwealth Ombudsman. However, complaints lodged with the Ombudsman are usually transferred back to the NDIA with a commitment that the NDIA will contact the complainant by a certain date. While contact is usually made, the NDIA is usually unable to provide information about whether a reviewer has been delegated or when the review will be completed.

Additionally, some participants also engage their local members of Parliament to advocate on their behalf. Anecdotal evidence suggests that this results in varying levels of success, although it is not consistent.

As mentioned earlier, a person seeking review through the AAT had to wait until the internal review was concluded no matter how long this would take.

This issue has been a key focus of Brain Injury SA’s Appeals Officers (Victoria Carbone and Greg Dudzinski) for the last 18 months. We have made numerous complaints to the NDIA and the Ombudsman, submitted an issue paper to the Productivity Commission, made oral submissions to the Joint Standing Committee and worked closely with Appeals Officers throughout Australia and the Legal Services Commission of South Australia.

Eventually, with the assistance of Kate Higgins from the Legal Services Commission of South Australia, Brain Injury SA’s Appeals Officers assisted in a jurisdiction hearing at the AAT in which it was argued that the phrase “reasonably practicable” does impose a time limit on when a reviewer must make an internal review decision and that if a reviewer does not make a decision within this timeframe, the person aggrieved could seek review from the AAT.

Deputy President K Bean of the AAT decided this matter on 15 May 2018 and found that if the NDIA does take longer than a reasonably practicable period, those affected can apply for review through the AAT without the NDIA actually completing the internal review.

While the AAT did not specify an exact timeframe for what “as soon as reasonably practicable” means, the Tribunal did note that subsequent decisions would establish parameters that would provide guidance as to what this means and that a consideration of the nature of the decision and all of the surrounding circumstances is required.

It is now up to the NDIA to decide if it wants to appeal this decision to the Federal Court.

However, for now we can confidently state that the NDIA does need to make an internal decision within a definable period of time and that future Tribunal decisions will further clarify what this means.

If you would like further information on this please contact Greg Dudzinski and Victoria Carbone at Brain Injury SA.

[2] Administration of reviews under the National Disability Insurance Scheme Act 2013, Commonwealth Ombudsman, May 2018.

[3] The form for this can be found here. 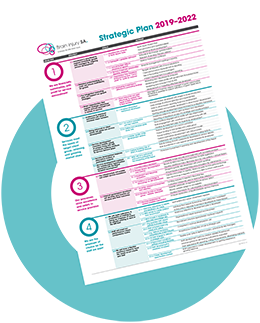 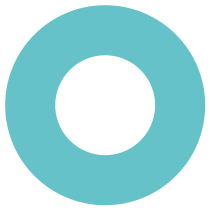